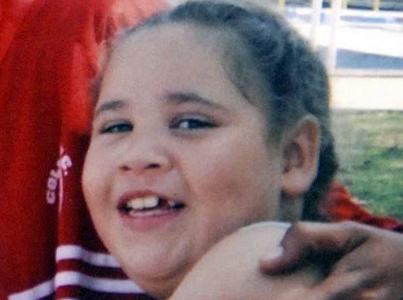 Bernice Sampson handed her 7-year-old daughter over to the woman now charged with her death by signing her name on a sheet of lined paper.

The document was filed as an exhibit to the Ontario Court of Justice when Donna Irving, 29, applied for “full and final custody” of Katelynn Sampson in January.

It does not appear any child and family services agency was involved in the proceedings or any check for a criminal record was made, although Irving had convictions involving prostitution, drugs and violence.

Katelynn was found dead in an apartment in the Queen St. W. and Lansdowne Ave. area early Sunday, shortly after Irving, her legal guardian, called 911 and said the little girl had stopped breathing while choking on food.

Irving was charged with second-degree murder after EMS personnel arrived.

Homicide Det. Sgt. Steve Ryan, who yesterday appealed to anyone with knowledge of prior abuse to come forward, said seeing the little girl’s body was “probably the worst thing I’ve seen in 20 years of policing – the worst.”

Ontario’s child and youth advocate, Irwin Elman, is calling for an inquest into Katelynn’s death.

Irving wrote on her claim filed to family court that the girl began living with her in May 2007 after Sampson, 45, granted her temporary custody.

She wrote that Sampson “is a drug addict who is not able to manage her addiction” and that her “other children have been involved with Children’s Aid Society,” although she was unsure of the details.

Irving stated Katelynn’s biological father, Mark Letang, “is also a drug addict who is also unable to manage his addiction” and that his whereabouts were unknown.

She was granted custody – but not the financial support she asked for – on June 6 this year after family court gave up looking for Letang. Sampson was granted supervised access to her daughter.

Elman said, “I think that any time a child dies under these circumstances, we as a community, as a society, have something to learn.” Even though an inquest would need to wait for resolution of the criminal case by the courts – which could take years – Elman said the little girl’s death should not “leave the public eye.”

“We can’t allow it to leave our memory,” said Elman, who began his five-year appointment three weeks ago.

Through court records and other sources, the Star learned Irving was convicted in 2000 of communicating for the purpose of prostitution. In 1999, she pleaded guilty to assault with a weapon and spent five days in custody and 18 months on probation.

The year before, she was charged with possession of cocaine for trafficking – she entered a guilty plea to a lesser charge, got 12 months probation and was ordered into a drug treatment program.

Irving’s boyfriend, Warren Johnson, who was living with her and their two younger boys, entered into a peace bond in 1997 with the complainant after he was charged with assault with a weapon. The charge was withdrawn.

Police said Irving was alone with Katelynn in the apartment when the girl’s body was found and Johnson, 46, is not a suspect in the case. The two boys are with him.

Katelynn’s mother, Sampson, pleaded to three counts of trafficking cocaine in 1998 and was sentenced to 18 months in prison.

Aron Shlonsky, an associate professor of social work at the University of Toronto, said it is possible for parents and legal guardians to make their own arrangements through family court without CAS becoming involved. “They have no clue that it’s happened if they’re not informed,” he said.

“It’s a tough situation, because you want to encourage more informal support, but sometimes these things don’t work out,” he said. “It would be a shame to say that all caregivers who are not licensed by CAS are potential threats.”

In a televised news conference, Ryan appealed to anyone who had “intimate knowledge” of Katelynn’s life since May 2007 to come forward and provide him with a first-hand account.

“I’m hearing a lot of third-hand information, which I can describe to you as disturbing, but no one has contacted me and I’d like to speak first-hand to all these people,” he said.

Ryan said the autopsy began yesterday but the “nature and severity of Katelynn’s injuries” means it is taking longer than expected.

“Some of those injuries did not appear to be fresh injuries,” he said, added that Katelynn apparently had been sleeping on the floor in one of the bedrooms.

Unconfirmed reports say Katelynn’s absences from Grade 2 at Parkdale Public School occurred only toward the end of the school year, although it’s not as yet clear when, or what action was taken.

The Toronto District School Board’s safe arrival policy states parents are to notify the school when their child is absent.

If a child is absent without notice, usually the school secretary or another staff member will call the home.

If the parent or guardian can’t be reached, “and the child cannot be traced, or if foul play is suspected, the decision to take further action, including calling the police, rests with the principal,” the policy says.

Under the Child and Family Services Act, teachers and school administrators are required to report to the Children’s Aid Society any harm or suspicions of abuse of students by adults. Not doing so can result in a $1,000 fine.

Virginia Rowden, director of policy for the Ontario Association of Children’s Aid Societies, said the general public should be aware that they also have a legal duty to report allegations of abuse to the proper authorities.

“You don’t have to know, but if you have a suspicion, you have to report,” she said.

It makes no sense to me that a child should be passed into the legal custody of anyone without a thorough review of the proposed guardian.  I hope there will be an inquest in the case of this little girl and that the law is changed for the protection of Ontario’s children.

UPDATE, November 24th:  And the law will be changed –

Proposed tough changes to family law in Ontario — from beefed-up requirements for those seeking custody of children to easier to obtain restraining orders and new rules on how to divvy up pension assets — were announced this morning by the provincial attorney general.

“Families in the course of break-up where one lives in fear, where children live in fear, need the legal supports to protect them,” Bentley said at a news conference at the YWCA on Woodlawn Ave. E.

“Our children, our most precious, need to know they’ll be properly and fully protected when the question of custody arises.”

The tragedies of the past weighed on Bentley and others as they made the reforms. The death of 7-year-old Katelynn Sampson last summer was at the forefront of Bentley’s mind as they examined child custody in Ontario and then came up with suggested changes.

Katelynn’s battered body was found on Aug. 3 in the Parkdale-area apartment she shared with her custodial parents.

A judge had granted Donna Irving and Warren Johnson custody as Katelynn’s mother battled a drug addiction. Irving and Johnson are both charged with first-degree murder.

A complaint has been filed with the Ontario Judicial Council against the justice in the case, who apparently awarded custody of the girl without investigating Irving, who has a history of drugs, prostitution and violence.

See the rest at The Star

However, when the MSM points out that the justice in the case failed to investigate those taking custody of Katelyn Sampson, they never note that the judge had no jurisdiction to undertake such an investigation, due to a little thing called – THE LAW.  I’m pretty sure that the justice will survive the complaint against her.  The question is whether she will survive being blamed for this tragic death.

6 thoughts on “Katelyn Sampson – We Let Her Down”