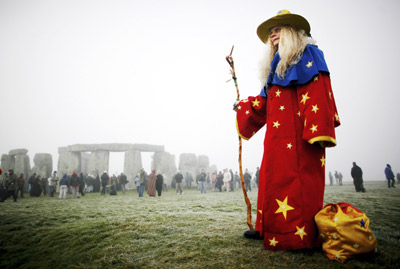 Imagine a pipe as wide as a state and as long as half the Earth. Now imagine that this pipe is filled with hot gas moving 50,000 kilometers per hour. Further imagine that this pipe is not made of metal but a transparent magnetic field. You are envisioning just one of thousands of young spicules on the active Sun. Pictured above is perhaps the highest resolution image yet of these enigmatic solar flux tubes. Spicules dot the above frame of solar active region 10380 that crossed the Sun in 2004 June, but are particularly evident as a carpet of dark tubes on the right. Time-sequenced images have recently shown that spicules last about five minutes, starting out as tall tubes of rapidly rising gas but eventually fading as the gas peaks and falls back down to the Sun. These images also indicate that the ultimate cause of spicules is sound-like waves that flow over the Sun‘s surface but leak into the Sun‘s atmosphere.

Astronomy Picture of the Day 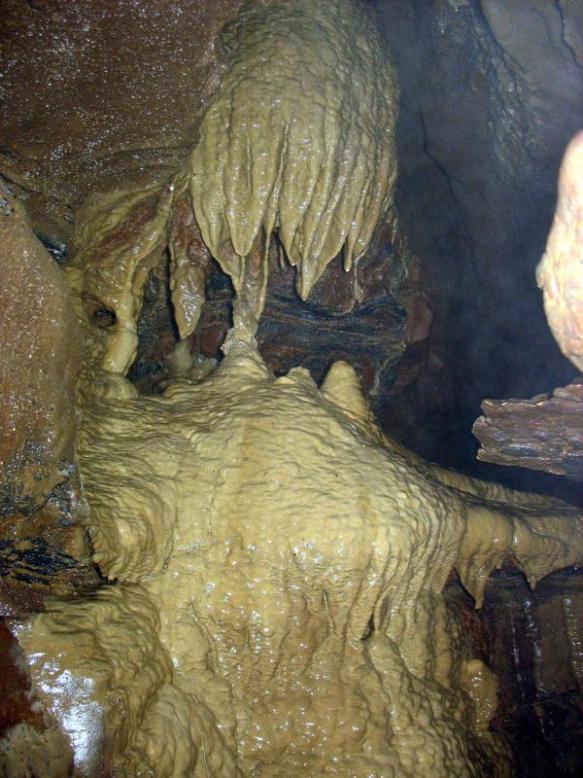 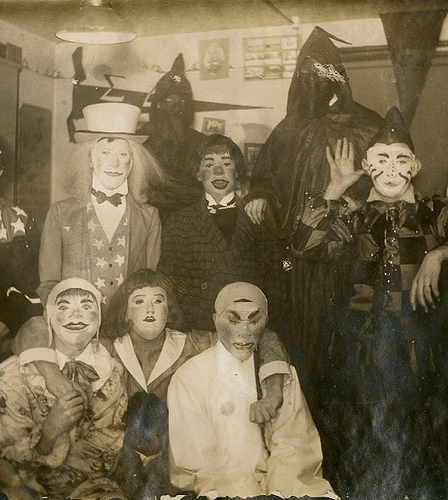 I’ve stayed away from the Ashley Todd “hoax” and I’m not changing my mind on that.  But I sigh and feel tired and depressed and like I wanna move to Antarctica when I see things like this, in response: 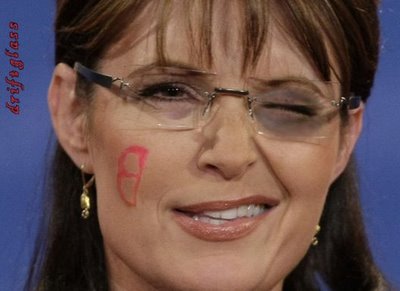 The blogger’s post contains a response to the exploitation of this woman and her complaint that I sympathize with.  I can’t sympathize with the way he ends the post –  this picture of Sarah Palin.  The picture of Ashley Todd that he posts at the beginning of his rant makes me very sad.  She has problems and her attempt to make that clear has turned her into an international story, thanks to John McCain, and yes, I do blame John McCain.  I strongly suspect that Sarah Palin doesn’t have much to do with running the campaign.  So I must ask, why is it she who gets pictured branded and with blackened eye?  Because Todd is a woman and Palin is a woman?  If so, the blogger is operating at a pretty elemental level of logic that doesn’t quite fit in with the rest of his blog.

I suggest that the blogger’s ire has been raised and that when he’s angry, the nearest woman is, in this case, the easiest target for his anger, the one that feels most “natural”.  To think that a representation of a woman victim of violence is funny – well, to put it mildly, I just can’t identify with that kind of sense of humour.  Humourless old feminist that I am.  Certainly deeply, profoundly sick sick sick and tired of this kind of crap.

This photograph of Palin makes me cringe.  It makes me angry.  It doesn’t make me laugh.  It doesn’t change my view of Palin (or McCain) one iota.  Many have argued, as I have argued, that the Ashley Todd story says much more about the people who exploited it and her than it does about the young woman herself.  The posting of this photograph, photoshopped by the blogger, says more about him and his appreciative audience than it does about anything else.  I don’t like what it says.

I’m not gonna visit a blog where there’s any chance I’ll be subjected to images like this posted as jokes.  There are just too many places where I can get good stuff, and funny stuff, that isn’t offensively and overtly misogynist.  He’s coming off my blogroll because I can’t ask you to visit him either.

I don’t feel as though I’ve expressed myself very well here – I’m suffering through some major tooth pain that’s blurring my thoughts and yes, I’m tired of this campaign and tired of having the misogyny slapped in my face and shoved down my throat.  I’m tired of taking people off my blogroll and censoring myself – defining more and more places where I won’t go, though there are many things I enjoy there.  I want to live where I live, and not in Antarctica.

UPDATE N.B.  Some fuckwit in LA hung an effigy of Sarah Palin on his door in “celebration” of Halloween.  So the L.A. County Sheriff’s Office investigated and decided it didn’t rise to the level of a “hate crime”.  Although, if it had been an effigy of Barack Obama, it likely would have.  Because, you know, racism “adds a whole other social, historical hate aspect to the display, and that is embedded in the consciousness of the country”.  Unlike sexism.  WTF?  See the post at Shakesville

My friend’s backyard bear – I have to get her to send me the video of this young bear figuring out her composter.  And then deciding the contents might not be so palatable – after he destroyed the expensive composter.  I’m assuming it’s a boy – not sure why – call it a gut instinct.

Givin' Me a Break